The random number generator has chosen a very good game for me to write about, but it’s a very long game that some people may intend to play eventually, so I’ll try not to spoil too much about the story.

The game I’m going to be writing about this time is Xenoblade Chronicles 3D for the New Nintendo 3DS. It was originally released for the Nintendo Wii. If you’re scrolling through Zelgerath.com, everything after this paragraph is concealed behind a “Continue reading” tag, but if you’ve clicked straight into this article, there is no such protection from minor spoilers.

I first heard about Xenoblade Chronicles in passing as some game that was having trouble being localized in America. From the title, I correctly assumed that it was an RPG, so I didn’t give it much notice. I don’t play too many RPGs because they have a reputation for being time consuming and obscure. Part of why I play video games is to accumulate a wealth of potentially shared experiences with other people, so I’d usually rather play popular or classic games over ones that less people have played.

Xenoblade Chronicles for Wii was localized in Europe using British voice actors, which sort of fits, given that British characters have a reputation for having magical adventures (like in Harry Potter, Lord of the Rings, Chronicles of Narnia, Marry Poppins and King Arthur).

The game takes place in a world consisting of 2 giant life forms frozen in place after fighting one another. They are surrounded by an endless sea. The main character, Shulk, lives in a human colony on the foot of the Bionis. The humans are in a war against the robotic “mechons” who live on Mechonis. Ever since the giants Bionis and Mechonis concluded their fight, the Bionis has been the home of organic life while the Mechonis has been the home of all things Mechanical, in other words, robots. There is one weapon that can hurt mechons, and that is the Monado. It’s a mysterious sword. When I first saw it, I thought it looked like some kind of remote control.

I’m not sure why it took so long to bring the game to America, but it eventually got released as a GameStop exclusive, which was weird. I remember that along with Metroid Prime Trilogy, it was relatively expensive due to demand as there was supposedly a limited supply.

My opinion of Xenoblade Chronicles shamelessly changed when a Nintendo Direct came out announcing the main character of the game “Shulk” as a character in Super Smash Brothers 4 3DS and Wii U. I think it was the same day when I went to GameStop and bought Xenoblade Chronicles for Wii, as I wanted to know more about the Smash combatant.

Interestingly, the YouTuber Chuggaaconroy had recently started a Let’s Play of Xenoblade Chronicles when Shulk was announced for Smash. Of course, Chuggaaconroy seems to only play really good games, so I took that as evidence that I was going to have a good time.

The main problem I had with the game was that it was not portable. I got pretty far in the Wii version, but I got stuck on a certain story battle, and I didn’t have the motivation to train my levels, since I would only be able to do that at home, and I would rather do that whenever I had a free moment out in the world. My wish was granted when they announced Xenoblade Chronicles for the New Nintendo 3DS.

I didn’t buy a New 3DS for Xenoblade because I already had one from the release of Majora’s Mask 3D. There hasn’t really been any exclusives for the New 3DS since Xenoblade 3D, but I’m not bothered by that. It can be good to have multiple 3DSes.

When Xenoblade 3D came out, I prioritized the heck out of it. I steadily played through what I had played through before on the Wii and then surpassed it. The main difference in my strategy was that on the 3DS I emphasized the act of training my characters and upgrading weapons and armor whenever I could over the progression of the story. I even made a little graph, eventually aiming to level up by 5 levels every day. In all it took me about a month. 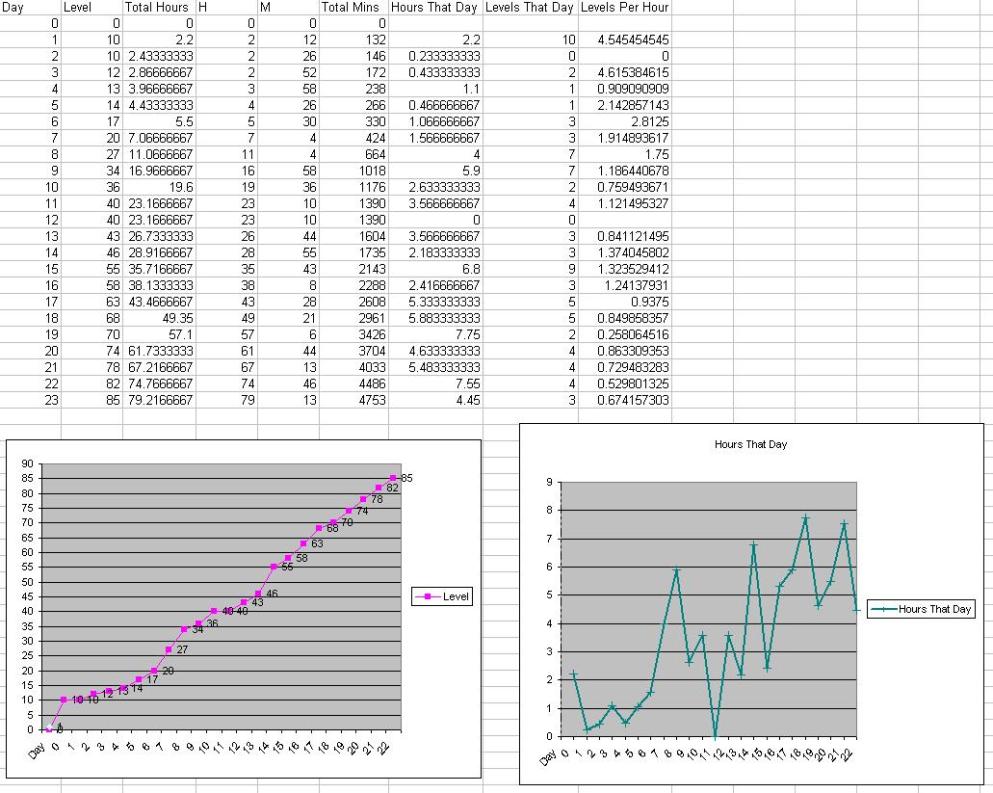 I constructed a shoddy replica monado out of items I purchased from a dollar store. I think it fell apart eventually but it was good for a while.

I love this song. When you hear it, it means the story is getting serious!

The world of the game is amazing, the music is good, and the experience is fun and feels important within the context of the story. It makes me want to play more RPGs.

And I will. Xenoblade Chronicles X comes out really soon, and I’ve already downloaded the 4 patches onto my Wii U that will make the disc version of the game run smoothly. I’m pretty psyched, but I also know that it’s going to be hard to focus on anything else for the next month. I’ve already checked to make sure it has off-TV play, because I’m going to bring my Wii U and GamePad around wherever I go until I complete the game’s story.