The random number generator wants me to write about Wario: Master of Disguise. It happens to be one of the 26 games set in the Mario universe that I beat during my “Year of Mario”. 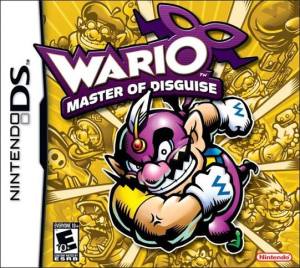 This is a strange game on my list. Essentially it’s Wario Land combined with the touchscreen gimmick of the Nintendo DS era. The premise is that Wario, while trying to think of a way to get rich, sees a show about master thieves, so he creates a machine that will allow him to enter the TV Program. Once there, he decides to introduce himself as a master thief called “The Purple Wind”, because he’s silent but deadly.

The levels are pretty good, but the touch controls can be more difficult than they should be. I definitely had to make use of video guides for some of the bosses in the game and moments when I wasn’t sure where to go. In my opinion, I would skip this game unless you’re a big fan of Wario. I happen to be, so I ended up liking the game, but I’m aware that Wario is a very polarizing figure.

Thanks for Reading! =D